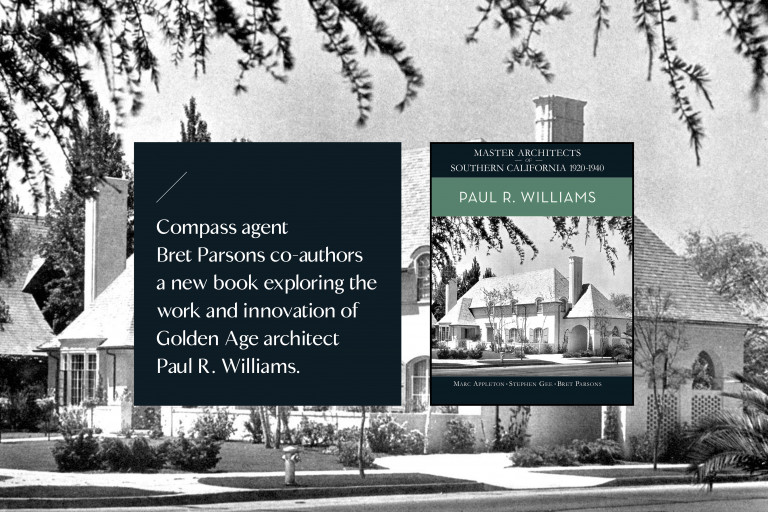 In this fourth volume celebrating the most important residential architects of Southern California’s Golden Age, authors Marc Appleton, Stephen Gee, and Bret Parsons highlight Williams’ rise to prominence as the first African American member and fellow of the American Institute of Architects (AIA).

“In fact, most of his homes are sold in multiple offer situations. There are only a dozen architects to garner that level of interest. He’s the king when it comes to residential architects from Southern California’s Golden Age,” Parsons said.

Known for his mastery of harmonious proportions and signature undulating lines, his innovative use of color helped to define the Golden Age of Southern California architecture.

He completed more than 3,000 structures in his six-decade career, which include modest, affordable homes, extravagant mansions, and important civic and commercial projects.

Williams’ designs created beauty in neighborhoods where discriminatory practices would not have allowed him to live. As the orphaned son of a fruit-and-vegetable merchant, Williams was repeatedly told he had no chance of ever realizing his childhood dream of becoming an architect. Nevertheless, he rose to the pinnacle of his chosen profession, while overcoming widespread discrimination throughout early- to mid-twentieth century America.

To purchase the book, visit angelcitypress.com/products/prwi.